Perhaps the driving inspirational force behind the band. Stuart moved to Glasgow from Ayr at a young age. If you have any familiarity with Scotland you will know that the region of Scotland Stuart lived in was often “overcast”. The fact that this influenced his later musical output goes without question. A little later, a chance trip to San Francisco led to an ambition to form a band upon returning to his homeland. Attending Stow College in Glasgow (the chemistry department is at the top of the building in case of fires), Stuart began to build his band and their success began to steadily grow through word of mouth and support from those who were impressed by Belle and Sebastian’s musical ability. Aided by strong support from radio personalities such as Mark Radcliffe, Steve Lamacq, and John Peel, Belle and Sebastian began to build an impressive fan following because of Stuart’s unusual songwriting and memorable melodies and lyrics. 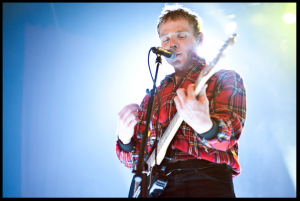 Stuart cites early musical memories such as being made to play the piano by his parents as annoying at the time, but eventually greatly influential. His creative process is interesting and something he has often mentioned in interviews. He imagines track listings and album covers in his head, and has even come up with song ideas while jogging. Stuart is also known for his support of gay marriage and climate change. It has also been revealed that Stuart is allergic to alcohol, which for a Scotsman, seems unfortunate to say the least.
Quotes: “Belle and Sebastian have never had a hit record. Not really. Not a proper hit record.”

“I was in a pop band, but there was no glamour. I had given it my best shot, but I had experienced none of the highs that I had perhaps expected a working pop singer to experience. I’m not talking about snorting coke and laydeez. I’m talking about something else … it’s hard to say. Let me just say that at some point I thought that we might have a go at building Motown in Glasgow. A flawed and ridiculous notion, you might say. But it was the only notion I had.” 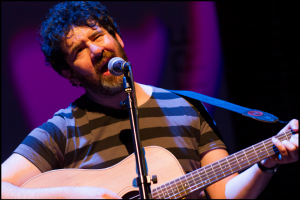 Stevie has been an important part of the band’s sound since the early days. Initially a member of another Glasgow band (The Moondials), it took Stuart Murdoch to convincing Stevie to join his project. After hearing some of the songs Murdoch had come up with, Stevie joined up and the rest is history (sorry about the cliché there). Stevie has a nice guitar style that doesn’t depend on a lot of effects and fancy pedals. He does use a lot of reverb to the point he is often referred to as “Stevie Reverb”.

The keyboard player in the band. He is known by the nickname “Beans” and also has a numerology degree. He is also a big fan of Celtic FC, a small Glasgow football team. His influence on the band is clear to hear on many of their albums and he adds a sense of depth to their music.

The drummer. He is also a fan of Celtic FC, and goes by the nickname “Rico”. At one point he even drummed with Snow Patrol during their early sessions. He hails from Perth, Scotland, so it is understandable that he eventually moved to Glasgow. If you are not from the country, Perth is a bit dull. It does have a pretty fantastic castle, but for whatever reason, Richard got out. 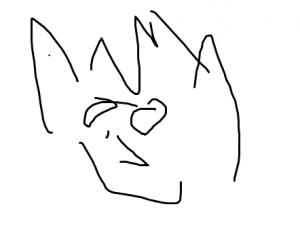 Sarah plays violin and is the only current female member of the band . She is actually originally from England but the less said about that the better (just kidding). An integral part of the sound of the band!!!

His name may sound like an Australian bounty hunter, but he is actually the trumpet player in Belle and Sebastian. He does occasionally rock out by picking up a guitar or bass during live performances, but for the most part he just handles his trumpet. Apparently he has a degree in pharmacology, which may come in useful if the band ever split up.

Bobby joined the band after bassist Stuart David left. He goes by the nickname “Belfast” as he is from Northern Ireland. He looks like he could be a fan of Jonny Greenwood with his penchant for telecasters and long girlish hair. He provides a strong dynamic in the band on albums and in the live setting.